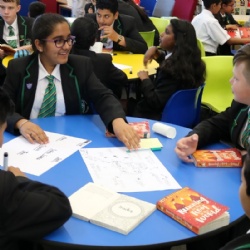 Thursday 4 July saw the third #greenfordread event of the academic year as Year 7 students discussed Running on the Roof of the World by Jess Butterworth.

Running on the Roof of The World is an adventure story of hope  and redemption, set in Tibet, an occupied country that few of our students will have had the chance to visit.  The students were engaged as soon as they arrived in the Library, we were only sorry to stop at the end of the school day, there was so much more to say. Elias’s comment is typical of many: “I would recommend this book to other students because it opens eyes to issues which are not widely known.” 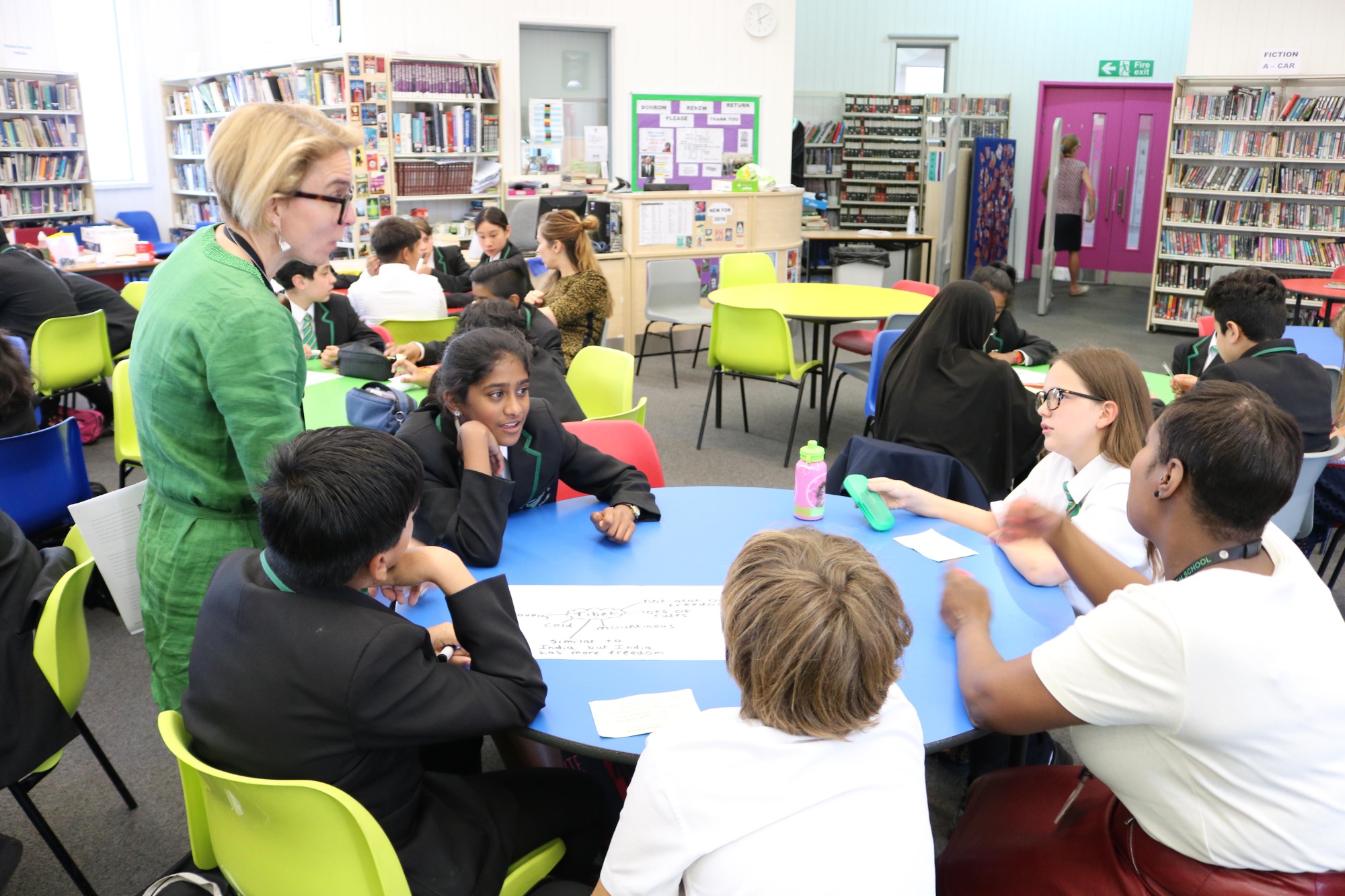 Maymuna said: “I’d participate in another #greenfordread event because I liked that other people read the same book as me and we could discuss it and learn about other people’s opinions.”

“Thank you so much for inviting us to your Greenford Read event. It was really interesting to see such a big book club meeting take place, and to have such amazing conversations with your students. They really engaged with the text and I loved how you had contextualised some very big ideas for them through clarification of key terms, images and maps.”

The ‘Greenford Read’ events are like a book club: students are invited to read the same pre-selected  book, we then invite them to come together to discuss and share their opinions: Did  you like it? Was it a good ending?  Which character would you most like to invite to a sleep-over and why?

Where possible, we select a book that allows students to consider a new way of life, a new experience of the world, or perhaps to allow them to discuss topics relevant to the PSHE curriculum, such as transgender rights, disability or racism: topics that make space for difference. In this way, we provide a space for a conversation to develop about characters that might be much more difficult from one’s own perspective.

We have been successfully running  #greenfordread  events since 2016.

At Greenford we support and encourage reading for pleasure for all age ranges, for both students and staff, and we are delighted to support CityRead [http://cityread.london/ ], the London-wide book group  . This year we were lucky enough to receive copies of the selected book: Sofia Khan is Not Obliged by Ayisha Malik.

“I loved the book! It managed to be relatable, surprising and humorous all at once. I really appreciate the fact that it challenged the stereotypes that surround being a Muslim woman-especially a hijabi Muslim woman.

“The turmoil Sofia went through at being called a terrorist and her hesitance at living with in-laws after marriage(something expected of most women in Middle Eastern culture) truly shines a light on the feelings of today’s women. It reminds them that in order to be loved, supported and appreciated, they aren’t obliged to follow the requisites set down for them by society.

“Overall, the book was genuinely worth a read and I enjoyed it so much that I am definitely going to read its sequel and accompany Sofia on her rollercoaster of a life!”

“Very interesting read, the unique inner voice point of view writing style made me really get into the mind of Sofia Khan -  a well-developed, relatable character. It gave me an interesting perspective of dating and I felt her highs, lows and emotional attachments. A quick, cultural and enlightening read!”

“I'm about half way there..so far so enjoyable. There are some religious and cultural differences that I keep having to stop and look up ( I didn't realise that 'Chachu' meant uncle for example). Also, who knew that a camel hump hijab is frowned upon by many people in Islam? That said, the book is enjoyable and Sofia's many faux pas are very funny. I think that having worked at Greenford for quite a while, I can see that Sofia is very similar to some of our 6th form girls- a lovely mix of cultures that don't conform to stereotypes.”

“I enjoyed it much more than I expected to. I think dating is stressful irrespective of faith or cultural background!  I found I was quite tense on Sofia's behalf!”

We hope to continue our involvement with CityRead and welcome other opportunities for joining in with reading events in the wider community.